According to World Health Organization (WHO), Malaysia is ranked sixth among Asian countries with high adult obesity rate in year 2010. Obesity increases the likelihood of various “killer” diseases in Malaysia which leads a reduction to life expectancy. A team from Universiti Sains Malaysia has foresee the problems cause by increasing of obesity rate in future. Hence, they have come out with an idea to prevent this trend from getting severe with the combination of the latest technology and their solution for for the world toughest problem.

Team Vertex aim to help obese patients to obtain a healthy lifestyle and lower the risk to be infected by diseases through their solution call Fit for Life. The team is consist of Jimmy Beh Weoi Soon, Ang Jac Ky, Chang Yet Zhen and Leong Sook Bing. All of them are currently studying in Degree of Computer Sciences in Universiti Sains Malaysia at Malaysia. They are in their final year of their study which is the most critical and busiest year. I’m glad that they were willing to spend some of their time explaining their project to me even though their were very busy with their project due date.

So what inspires the team to join Imagine Cup even through they have a heavy load of assignments in school? They told me that they were inspired and acknowledged by the seniors who had joined Imagine Cup in the previous years with successful stories as well as interesting experience shared by seniors throughout the competition. As a result, they also hope to gain extra experience as well as knowledge shared by the competitors from all over the world by joining imagine cup. I bet School of Computer Sciences, Universiti Sains Malaysia has done a great job promoting Imagine Cup to the student.

This is the first time for Team Vertex to join in Imagine Cup. They are excited about experience waiting for them in the Imagine Cup final yet feeling nervous whether their idea will be accepted by the authorities. But they strongly believe their solution can help more people out by solving their current problems. Through Imagine Cup, they hope they can exchange experience with other competitors in order to solve the world toughest problem. 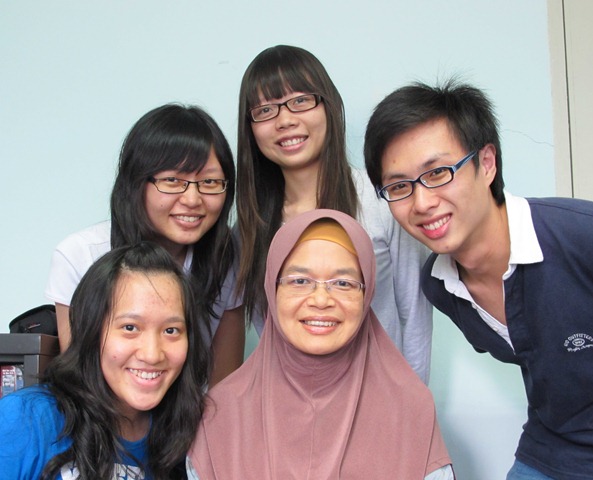 “Creativity builds a champion in Imagine Cup, believe in yourself.” – Team Vertex

[2nd Aptril 2011]  They had made it to the Top 30 in Imagine Cup 2011 Malaysia final for Software Design. Imagine Cup Malaysia local final will be held at Sarawak this year, and I do hope they can make it to the final and share their great idea with everyone on this world. I wish them all the best and no matter win or lose, they definitely making a different in their life.

I will bring you more update on this team, stay tune then.