If you heard of Microsoft Imagine Cup you will probably know students use their creativity and innovation to solve the world toughest problems, those real world problems around us. In case if you just get to know about this amazing competition recently and you want to know more about what students are capable to do all this year of Imagine Cup, you can always check out their project through Imagine Cup Yearbook that was printed every year.

The Imagine Cup Yearbook is also a good resource for competitor who want to join in next year Imagine Cup 2012 at Australia. Check out what other competitor had done in the past. Bare in mind that not all ideas are unique, but is your job to make your idea better than the others. You can found the Imagine Cup yearbook since year 2007 until year 2011 at the link below.

Every year, Imagine Cup’s competitors surprise the world with their innovation and creativity idea. In case if you miss those, check out the Imagine Cup Yearbook which written down all the creativity solution and the master mind behind those innovation solution that solve the world’s problems.

I highly encourage this year competitors to go through the yearbook (at least 2009 and 2010). We know not all idea are 100% unique, this will give you a better idea of how other competitor solve the same problem with different solution or idea. Avoid giving audiences or judges the impression of having the same solution with previous year’s competitors because their will start comparing, unless you show them why yours are better. 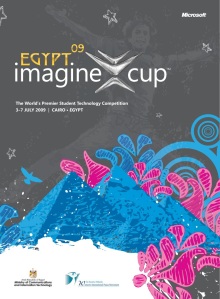